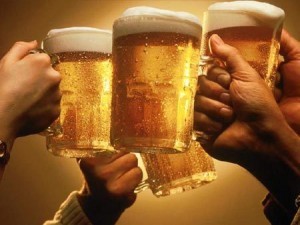 Everything you need to know about marketing can be learned from beer. I’ll do a late night article some day on what else you can learn from it, but for now lets settle for marketing. Look at beer ads. What has worked, what has not? What has been cancelled, what campaigns do you still see running?

One thing you can see is that the old adage of sex sells is a little simplistic. Lifestyle sells. After all, how sexy is the big, burly Miller Lite beer truck driver? That campaign has brought quick success to a brand that had been dead for years. Oddly enough, it came from the same ad agency that gave us the ill-fated Man Rules.” A cute enough concept, but one that had nothing to do with the beer, and therefore didn’t help sell any. So it got canned…no pun intended.

You’ll notice that Heineken changed their ads recently. They used to boast about it being from Holland. But no one cares about that. Then they started running “All About the Beer” where cool people picked each other up in swanky bars with Heineken instead of martinis. Now people drink it. It showes a desireable lifestyle, which is a benefit to the drinker. It’s Dutch origination was meaningless to the people the brand courted.

By far the best has to come from Corona. Associating your beer with a desirable lifestyle is a technique that the beer companies are constantly having to re-learn. But Corona not only identified itself with the relaxed, Caribbean vacation, it dominates it. It owns the whole lifestyle, not a just particular type of party.

If you think you are weary of those Corona ads, don’t be. You should appreciate the genius instead. Repeating that message in various ways only helps to reinforce that brand. I am sure they are running short of ways to portray it, but the point is selling beer, not entertaining. So I hope they never stop. It is good to see all the ways that campaign succeeds.

Makes me kind of thirsty for a beach and a palm tree.